skip to main | skip to sidebar

Here in the Wasatch, like many places around the country, we have a HUGE bolting problem. Bolts are being fired into any climbable chunk of stone at an alarming rate. This has been going on unchecked (well until very recently) for several years now. It's in vogue, I guess. It seems as though this has been happening regardless of rock quality, aesthetics, or reason. I don't know why. Is it to leave 'your' mark, the adventure of putting up a new route, or because the average climber with a decent income has come to the realization that you can buy a new drill for $200? I don't know.

But i do know that i don't like it.

So, I was very pleased to hear about two new routes that went up this fall here in LCC that required NO bolts. 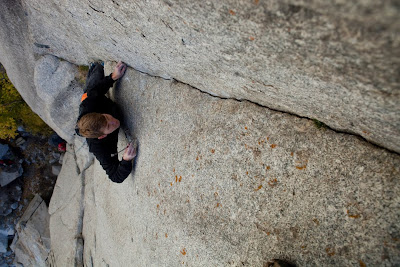 Bad Motha 5.12 (it's between badlands and mother of pearl - hence the name)

we were all pulling for brad-lands, but guess it didn't make the cut, maybe it could be an aka? 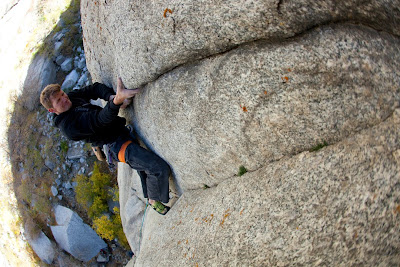 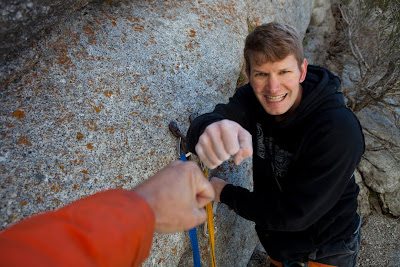 b-rad with the send and FFA 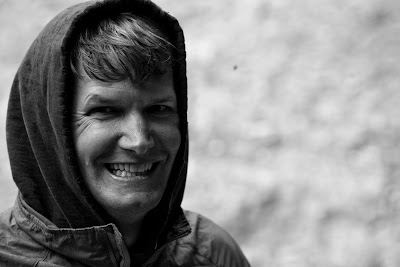 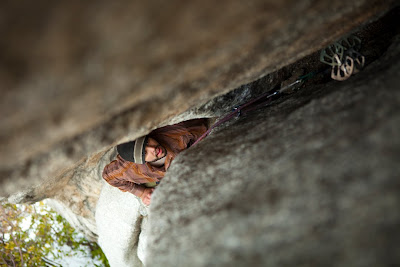 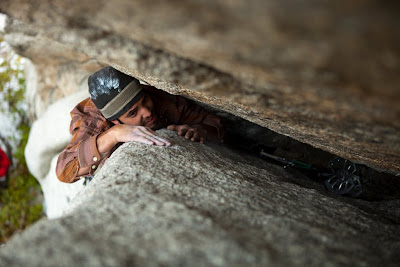 giving it a good burn, but eventually getting spit out like so many before 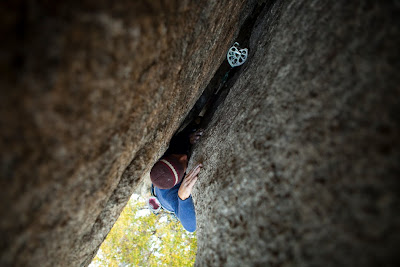 it looks real easy from the ground, there's only two body lengths of real hard climbing, and yes it overhangs and leans to the right (but of course) 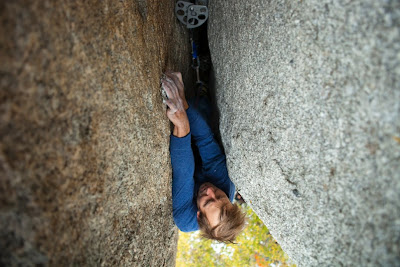 this route has been looked at and tried for 20+ years and back in the day when this thing should have been sent, they didn't make cams big enough. and nowadays, people don't climb wide cracks nearly enough. 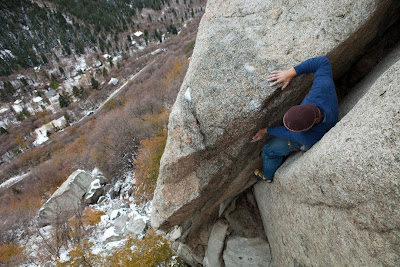 so it was time for a send, and after zac and i failed miserably, i enlisted pete the greek to put this sucker to bed and with the FFA of cashmere crack 5.11+, he did so. check out that fine sweater he is wearing. 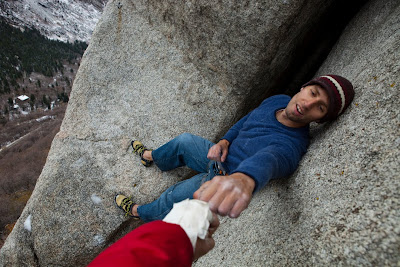 he also created the hardest OW in little (sans the freak show of trench warfare), a testpiece for years to come. 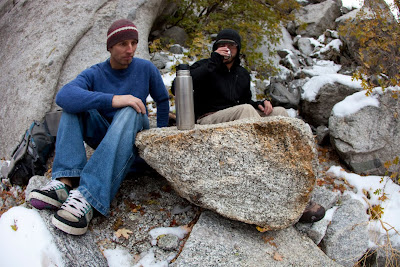 warming up with tea on the block that almost killed us. it fell out of the upper crack, almost on pete's head while he finger jammed behind it.
Posted by Andrew Burr Photography at 10:57 AM